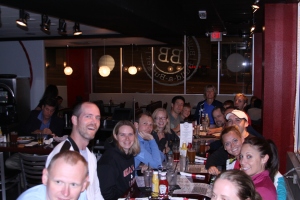 We are a group of Milwaukee runners of all ages and abilities who run together, have fun together, and share our personal successes together.

We are a diverse group, we run all distances and speeds, and we like to motivate our fellow runners to achieve their goals – both running and personal.

We run all year long no matter the temperature or weather. Runs are scheduled for every day of the week. We generally like to run along the Milwaukee lake front. We often do trail runs on weekends at parks in southeast Wisconsin.

We get together for social events, parties, picnics, Packer games, campouts, trips to races in far away places, tours, movie nights, dinner nights, and more. There is something for everyone.  Check out our Join page for details on becoming a member.

The Milwaukee Running Group was founded on September 21, 2011 and we held our first run on Saturday morning October 1, 2011. The first run was hosted by the group’s founder Harvinder Bhatia (Harvey), and was attended by five people — Harvey, Mindy Wittig, Bridget Foley (Sandercock), Ina, and Carrie.

Our first few runs started out from Veteran’s Park near the kite rental shack, but within a month the start location switched to Alterra Coffee on Lincoln Memorial Drive (later renamed Colectivo). The coffee shop offered bathrooms, water, and warm beverages. Our group grew quickly and by the end of 2011 had 17 active members and scheduled runs quickly grew from two evening runs a week to six a week and expanded to include a trail run and a few morning runs.

The group gained significant momentum and further cohesion in the spring and summer of 2012 in large part due to the energy of numerous active members who organized picnics, parties, after-Saturday-run breakfasts, and campouts. At this same time the leadership of the group transitioned from Harvey, who worked in New York during the week, to other members who stepped up as event coordinators and acted as the de facto leaders,

We grew significantly in 2012 and 2013 and gained a reputation for being more social and welcoming than other local running groups. By the end of 2013 the group had over 250 registered members.

The new Board voted to rename the group the “Milwaukee Running Group – OMG” and setup a new Meetup.com website to provide for an expanded selection of running options and for Board control of the group’s modest funds. The group’s new OMG name was selected with the approval of 11 of the 15 (remaining) original members from 2011, and the approval of 94 of the 100 then active members who joined the first week.

In October 2014, the Board re-focused the group, placing an emphasis on shorter distance local running, promotion of races where members showed an interest in participation, and a modest selection of trail running options. The primary meetup location was moved from Colectivo to the Marcia Coles Community Room under the Lake Park Bistro (aka “the Pavilion”), The Board renewed the group’s original emphasis on spending group funds on social events and activities. The Board also created this website and expanded the use of Facebook to improve communications with members. 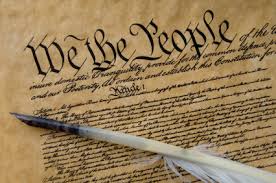 We the runners of the Milwaukee Running Group, have joined together to promote running as a sport of recreation and competition, encourage a lifestyle of health and fitness, and create a culture that is positive, fun, and affirming. The following are our guiding principles:

The Group is managed by a Committee of the most active members.  (100 events attended since joining and active within the past three months.)  The Committee meets four times a year, or as often a majority sees fit, to set Group direction and policy, establish a budget, set the amount of dues, recruit organizers, approve reimbursements, approve or reject the membership of any Group member, and decide all matters related to the Group.

The Committee may conduct the business of the Group if a quorum of at least five Committee members are present.  Each member of the Board will have one vote in all matters and decisions and the will be made by majority vote of the quorum. In the event of a tie vote the status quo shall prevail.

Committee meetings will be announced at least one week in advance and will be open to all paid Group members unless otherwise announced. Closed meetings can be held for matters of high sensitivity and confidentiality.

The Committee by majority vote will elect a member to preside over meetings, set the place and time of the meetings, maintain close communication with all the members of the Group, encourage and facilitate the Goals and Mission of the Group, arrange for an annual member survey, and direct the planning of an annual all Group meeting.

The Committee will elect or recruit a Secretary who will be responsible for maintain all records and documents. The Secretary will direct efforts to publish public documents of the Group to the Group’s websites.

A Committee member will be considered removed from the Board if s/he moves her/his primary residence more than 100 miles from the City of Milwaukee, or if a petition signed by 1/2 of Eligible Members requests the removal of the Committee member.

The Board may designate and appoint other leadership roles as it sees fit to further the mission and goals of the group.

Eligible Members:  To be eligible to serve on the Committee and to vote in the election, a person must be a paid member of the Group for at least three months, have attended at least 100 Group activities since joining the Group.  The Committee may grant individual exceptions to eligibility as it sees fit.

This site uses Akismet to reduce spam. Learn how your comment data is processed.